OKR: Objectives and Key Results - Guide to Setting Goals in Your Company 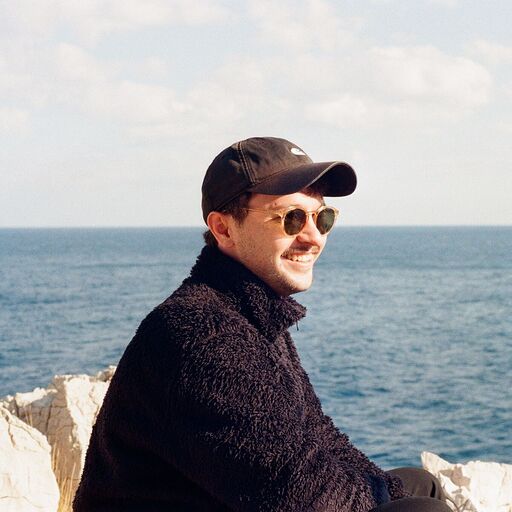 What are Objectives and Key Results?

OKR is a fairly simple framework, and that’s the beauty of it. But to truly understand it’s impact and effectiveness, let’s explore how the framework was created.

The Story Behind OKRs

OKRs find their origin in a concept called ‘Management by Objectives’, which was introduced by the famous Peter Drucker. He suggested that organizations should strive to achieve well-defined objectives and they should be able to measure their progress.

But it was Andy Grove who gave the framework of Objectives and Key Results its present shape at his company Intel. Further ahead in time, former Intel employee and famous venture capitalist John Doerr popularized OKRs by introducing it to other larger businesses.

The list of companies using OKR spans across industries. Facebook, Viacom, Amazon, Uber, Twitter, Panasonic, LG, GoPro, American Global Logistics are some of the big names who have reaped the benefits by using OKRs. But let’s talk about those companies that made OKRs go mainstream.

Andy Grove used OKRs to help Intel transition from a traditional memory storage company to a leader in the world of microprocessors. At that time, Grove called them iMBOs, an acronym for ‘Intel Management by Objectives’.

It was Intel’s success that demonstrated the power of goal-setting using OKR. By defining stretch goals, the company was able to achieve its highly ambitious plan in a step-by-step manner. Andy Grove says it took them a while to get used to OKRs. With time, they were able to utilize the tool effectively and take their business to a leadership position in the microprocessors industry.

Andy has also stated that while OKRs should be used to inspire employees, it should not be the sole basis for evaluating their performance. Keeping OKRs separate from performance reviews would give employees the freedom to unleash their creativity and chase lofty goals.

Google is the most famous example amongst businesses that use OKR. It was John Doerr who introduced the OKR Framework to Google in the year 1999. The founders of Google, Larry Page, and Sergey Brin were tech geniuses with an entrepreneurial spirit. They had the talent, the team, and the conviction to disrupt the world of search engines. What they lacked was a solid interpretation of their ideas and strategy in terms of a business plan.

Doerr gave their team a 90-minute presentation on OKRs that would help them with goal-setting and monitoring progress. Needless to say, the team found what was missing, and OKRs continue to be a part of Google’s work culture to this day.

The world’s favorite online streaming service, Netflix, follows a highly transparent OKR driven work culture. Every Netflix employee is aware of the priorities of different teams and individuals working in the company. This culture demands accountability from every employee and eliminates those who are not comfortable with such close inspection of their work.

Yet, an impressive 94 percent of Netflix employees appreciate the OKR driven work environment. They feel satisfied because the goals of the company are clear to them, and they see themselves as part of its growth story. They appreciate the transparency and feel driven to achieve their own work-related goals.

Most organizations use OKRs to accelerate business growth. But there are organizations and individuals who adapted the framework to chase audacious goals for the betterment of the world. The Bill and Melinda Gates Foundation uses the OKR framework to fight poverty and diseases around the globe. Once again, it was investor John Doerr who shared the concept with Bill Gates.

The organization implemented the framework for disease eradication. One of their first objectives was the eradication of the Guinea worm, and the key results were quarterly and annual targets for reduction in disease incidence. The strategy helped the foundation to bring down the incidence of Guinea Work from 70,000 to 2,000 within the year 2015. And that speaks volumes about the direction and energy that OKRs can bring to any work.

Defining OKRs for Your Company

Explain OKRs to Your Employees

If you want to utilize OKRs in your organization, every employee needs to grasp the concept and be fully committed to it. So to introduce this concept in your company, identify one or more individuals who will be responsible for explaining the concept, tracking the progress, and making modifications when necessary.

Goal setting using OKR is a collaborative approach. You don’t write down OKRs and force them down on your subordinates. In fact, employees have more realistic insights on how to make things work at the ground level. Your entire team must participate in defining the OKRs.

An organization should make OKRs a part of its work culture. This means apart from different teams, all employees should have their individual OKR. And no matter where the employees stand in the company hierarchy- whether they are at the corporate level or they are in charge of the production line, their OKR should be visible to the entire company. Yes, transparency is a very important part of OKRs as it leads to greater alignment.

Before you can use OKR for goal setting in your company, you should be fully aware of the present business scenario. Ideally, the time right after your quarterly or annual reviews is great for setting OKRs. The team leaders of individual departments or projects can identify OKRs for the next cycle when they are evaluating the business metrics for the present one.

Here are some quick guidelines to help you write effective OKRs:

1) You can decide the frequency of developing objectives according to the nature of your business- you can have monthly, quarterly or annual objectives. You should not have too many OKRs at one time, as you would risk spreading your organization too thin. For instance, if you write new objectives every month, stick to 1 to 3 objectives at a time.

3) For each objective, you have to define key results. Key results should be measurable. A Key result cannot be ambiguous. It cannot be a yes or no question. It must include metrics so that you can monitor your progress. State the present metric and the target metric. The target metric should be an ambitious figure so that real growth happens in the process of achieving it.

4) For a particular objective, write three to five key results. Again, this can vary according to the nature of the work. Just make sure you don’t write too many key results and create confusion.

For instance, you can frame an objective around talent acquisition in your company. The OKR could look like the following.