Asanka Jayasuriya is InVision’s SVP of Engineering and gave a talk at our Elevate Conference on how to manage distributed teams across different locations.

InVision is a platform providing companies with tools for ideation, design, prototyping and design management, all in one place. The startup’s products are used by more than 5M people in tens of thousands of companies. But what’s truly incredible is that they achieved this without an office! InVision is a fully distributed company with more than 1000 employees in 20 countries around the world.

When InVision started in NYC in 2011, its founders were struggling to find top candidates. There was a fierce competition for talent in New York City (and skyrocketing real estate costs). So instead of fighting for the few employees within their reach, they started working with contractors. This put them on the path of hiring people all around the world, and being distributed became part of the company DNA.

Asanka Jayasuriya, after an experience as Atlassian’s Head of Engineering, joined InVision as the SVP of Engineering and had to adapt and learn to manage distributed teams. He shared with the audience communication strategies, which we believe are effective for any manager, but particularly for those who work with remote/distributed teams.

Asanka believes that companies will have to embrace distributed work in some form or another, at some point in time. It’s too optimistic to believe that you’ll just create an office and everyone will come, and should even get worse and harder in the future.

The Importance of in-person meetings

So, what does a typical InVision office look like? Asanka, half-jokingly, described it that way: “our office is Zoom and Slack.”

He tempered his remark saying that tools are not enough. The human species is based on in-person interactions, and InVision won’t change that. The company consequently puts a lot of focus on in-person time. The entire company gets together once a year and makes sure it allocates enough budget to get teams in smaller settings together.

But there is never enough budget, unfortunately: teams want to get together all the time, so the manager’s role is to ensure each encounter is worthwhile. This is why the company is thoughtful about how people spend time together.

Asanka believes in-person meetings should not be taken as the time people use to solve problems. Teams should be able to solve problems every day, without waiting for the next onsite. So a principle at InVision is to ensure these moments aren’t seen as an opportunity to do hard work.

In-person meetings are key, though, but for another reason: social value. This is the only time of the year where people get to know each other better: have lunch, dinner, beers together is crucial for relationships and trust in teams. It is much harder than just working: managers need to be more intentional about it and allocate some time for bonding. Asanka has seen important dividends in organizing such meetings, as well as a huge boost in team morale.

Throughout panels and talks we’ve seen at Plato Elevate, a recurring remark was how bad most teams are at writing things down. Asanka finds it to be paradoxical, given the fact most startups are in an industry dependent on knowledge.

When a newcomer arrives in such setups, he’ll quickly figure out that tech specs, past decisions, requirements, etc. are part of the “tribal knowledge” but not written anywhere. But tribal knowledge is just an excuse for not doing the boring yet essential work: writing things down.

In a distributed company, the need is even more salient. If you are constantly onboarding people and do not have documentation, it can slow you down, and increase the time-to-productivity of the new hire. You do not have the benefit of overhearing someone next to you, asking a quick question to your colleague, or just observing how others work.

But writing things down shouldn’t be done inconsequently. To Asanka, Slack is a great communication tool, but a poor collaboration tool. If you have been on vacation a week and need to catch up on all channels and DMs, it will usually take you a few hours, or even a few days to get up-to-date.

So instead of using a real-time communication tool, Asanka advises having a single, open, and discoverable source of documentation for the entire team or company. InVision uses Atlassian’s Confluence, but any wiki-style tool could be a good choice. The main requirements for a tool to be efficient are to ensure it is highly searchable, that it’s easy to create content, and that it allows good options for discovery and notifications.

What’s more, the key lies in using only ONE tool and sticking to it. Having data in a single place is powerful.

When talking about writing things down, it’s important to be as complete as possible so that fast forward a year, you’ll be able to understand what happened at a specific time. To bring structure to people’s notes, Asanka uses the DACI framework to define roles: Driver, Approver, Contributor, Informed.

This way, you’ll be able to identify the key people involved, capture rich conversation history, ensure you understand why a decision was taken and what was the rationale behind it, etc. This is something that can be tackled in just a meeting, and this is well worth it!

Asanka and his team always have the following points in mind:

Yet, the biggest challenge in distributed teams is communication. 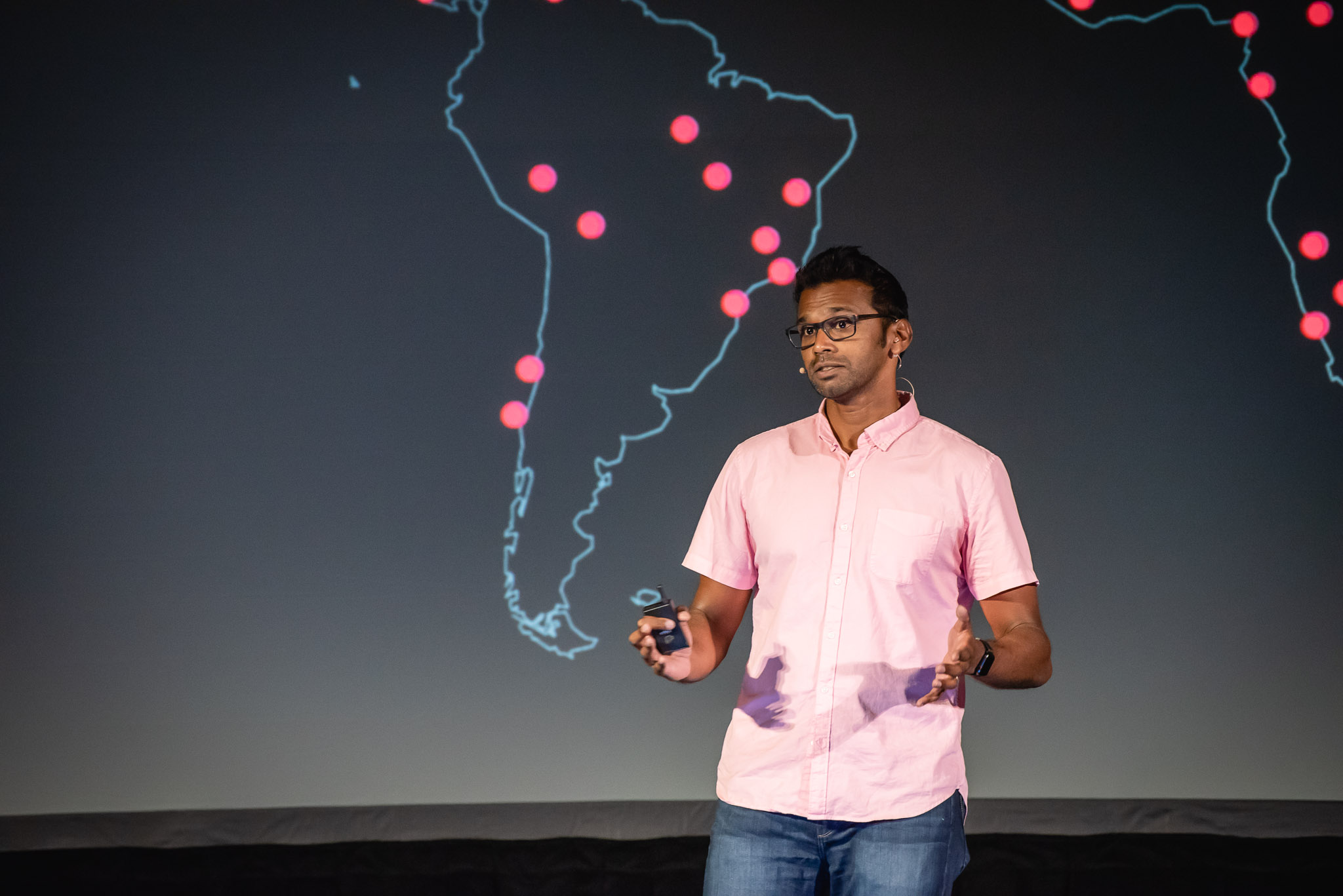 Asanka used to pride himself as being a strong communicator with his teams (and he was!). But when he started at InVision, he understood it was going to be way harder in a fully distributed team.

In his previous jobs, he was a fan of managing by walking around. It enabled him to show he was reachable, create relationships with his subordinates, and get a sense of what happened. The informal chats he had with colleagues, the usual quick look at whiteboards, the high-fives he gave to cheer people up after a hard night, or the discussions he had when bumping into someone at the coffee machine disappeared in remote/distributed environment.

As a CTO, you can’t send a Slack message and ask people what they’re working on. Without nonverbal communication, it can get scary and people may wonder if something’s wrong or if they’re about to get fired… Also on Slack, you get used to talking to some people, and if you’re not intentional enough, you may miss others.

It took Asanka longer to build relationships with his direct reports. People didn’t know who he was, how approachable he was, how he communicated, etc. He had to become more intentional about communicating across the tools InVision uses. He wrote a lot more internal blog posts, both on work and non-work related topics: his thoughts about the latest tech trend, what he did over the weekend or even a critique of the last John Wick movie!

Getting extensive has two purposes: it’s the only way to scale his communication to get his team to get a sense of who he is, and a way for people to understand how he thinks about something.

He also started chiming in conversations more, using Bonusly to give recognition to employees who performed well and set up biweekly office hours for people who needed to chat. He also set virtual happy hours: people just grab a beer remotely and talk about non-business related stuff. Asanka acknowledged it’s sometimes hard to manage when people are spread across different timezones, but still useful to get everyone on the same page. Talking about random things, personal interests and hobbies helps create this bond.

To conclude, Asanka Jayasuriya urges managers to start thinking about distributed teams, as he believes it is the future of work. He joined InVision because he wanted to learn how it works at scale and how to get better at it. There are a lot of new challenges, but he believes the reach, the access to talent is well-worth the offset!

Thanks to Asanka for his inspiring talk!