We had another great showing last month for our most recent Plato meetup! Over 100 engineering leaders flocked to downtown San Francisco to be a part of our event on Managing Distributed Engineering Teams. Moderated by Karat’s Global Head of Solutions Engineering (Shannon Hogue Brown), we hosted a panel featuring Brex's CTO (Cos Nicolaescu), Github’s Senior Engineering Manager (Erika Kato) and Plato Mentor and Twilio’s Senior Director of Engineering (Abhishek Bambha). They shared a plethora of information that is sure to resonate with anyone working in our modern, globalized world.

Discussions kicked off with mentors explaining how distributed teams are an integral part of their work. From working with global offices to handling the difference in time zones, from expanding the consumer base to celebrating wins abroad, the conversation was a fabulous display of how managing distributed teams can change a person personally and a company at large. Attending participants walked away with comprehensive procedures on how to align executives and managers alike on the increasing value of building distributed teams. The Plato team was thrilled to have our Mentors discuss this important topic. You can watch the full video here, and check out highlights from the evening, below!

How did you build your distributed teams?

Cos Nicolaescu from Brex : We started our first distributed team in Vancouver. We strategically planned for Vancouver for a few reasons. One, the city is located in the same time zone as we are. Two, it’s easy to fly back-and-forth between the two locations. And three, the founders strongly care for helping international workers and this was a great place to do so. Since then, we’ve opened up Salt Lake City, which is located in a different time zone. There, we added more functions so that we now have sales, operations, and support in that office. Later we set up a distributed location in New York City where we integrated a multitude of teams.

Erika Kato from GitHub : We are a remote first company. Two-thirds of our workers are already remote so we are definitively distributed. We hire people from all around the world, usually without preference to where people live because most positions don’t require you to be in a certain location. As a result, during the hiring process we screen for ability to work well with others, being able to work asynchronously, and they must be excellent communicators.

Abhishek Bambha from Twilio : We are trying to build an engineering team in every one-third of the world. The reason is that the product we sell must be reliable for our customers, meaning they can trust us with their communication needs. So we try to design our teams around skill-level and reliability. To do so, we get our talent from different markets with a specific goal aimed at getting female engineers in the door. We also look for acquisitions as a way to open offices across the world. 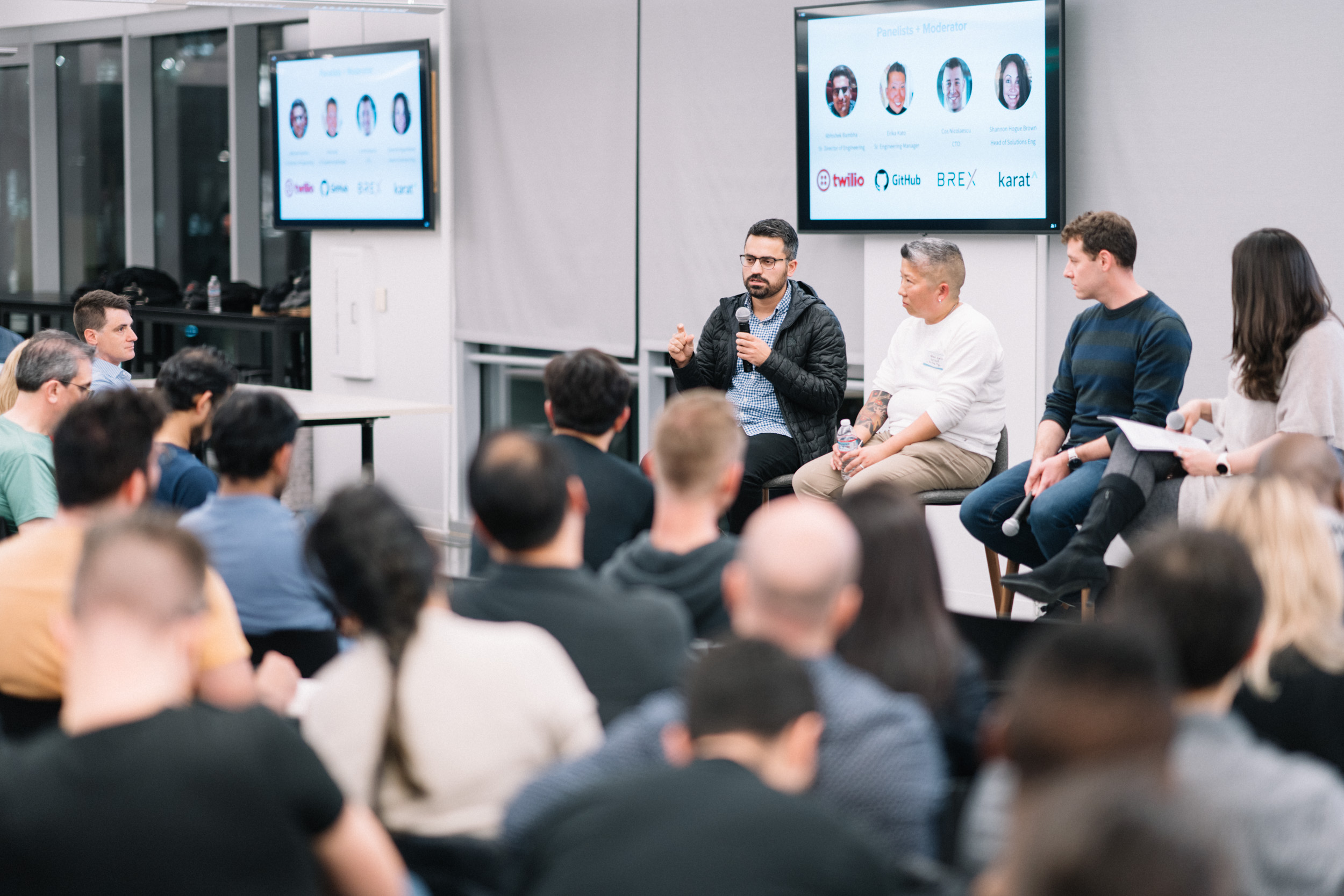 **A recent study showed that distributed teams are far more important to CTOs than to actual managers. How would you describe the reason for this misalignment and what actions could one take to get on the same page?**‍

Cos Nicolaescu from Brex : The way to look at it is that there are short-term vs. long-term optimizations. So if you’re a manager and you’re trying to optimize for the product you’re building or for the immediate growth of your team, contextualizing the goal of having distributed teams is hard for you because your vision is near-sighted. Whereas the CTO of the company thinks more broadly about how to scale the company over many years, thus setting up for success long-term. So the incentives of those two individuals are not aligned. I’ve found, though, that once you start bringing remote folks onto the team and start moving towards distributed teams, the teams are able to grow faster. This is because there’s many more people in the funnel. Ultimately, this creates an incentive for managers as they begin to see the value of taking on more remote workers.

**How do you handle leadership responsibilities while being remote?**‍

Erika Kato from GitHub : I came from an engineering background where I kept my head down and worked in front of the computer all of the time. As a result, I wasn’t that great at communication. So I read a lot of books on soft skills. That being said, I think it’s important that we choose the correct medium to communicate through. It’s imperative to know which mediums are appropriate for the different situations that arise. When is it okay to communicate via Slack, to send an email, or to have a video call through Zoom?

What is the single best thing about having a distributed team?

Abhishek Bambha from Twilio : From a personal standpoint, I get to know and work with people from around the world. It’s the biggest blessing. I have the opportunity to interact with different people and learn about their culture. For companies I think the reasoning is just the same! They want to work with talented people in various locations so that they can cater to a globalized audience. Companies need to understand their customer and what better way to solve a problem then traveling and getting close to that customer?!
‍

Cos Nicolaescu from Brex: Personally I enjoy working with people that come from different cultures and have various backgrounds. It’s fascinating. Plus you get to travel to all those fun places. You have an excuse to visit and learn about places you probably wouldn’t have thought about otherwise. For a company, I would say that ultimately you’re not going to find all of the best people living in only one city in the world so you need to expand your horizons. Plus, companies are driven by different factors and those are usually tied to people living in specific regions. 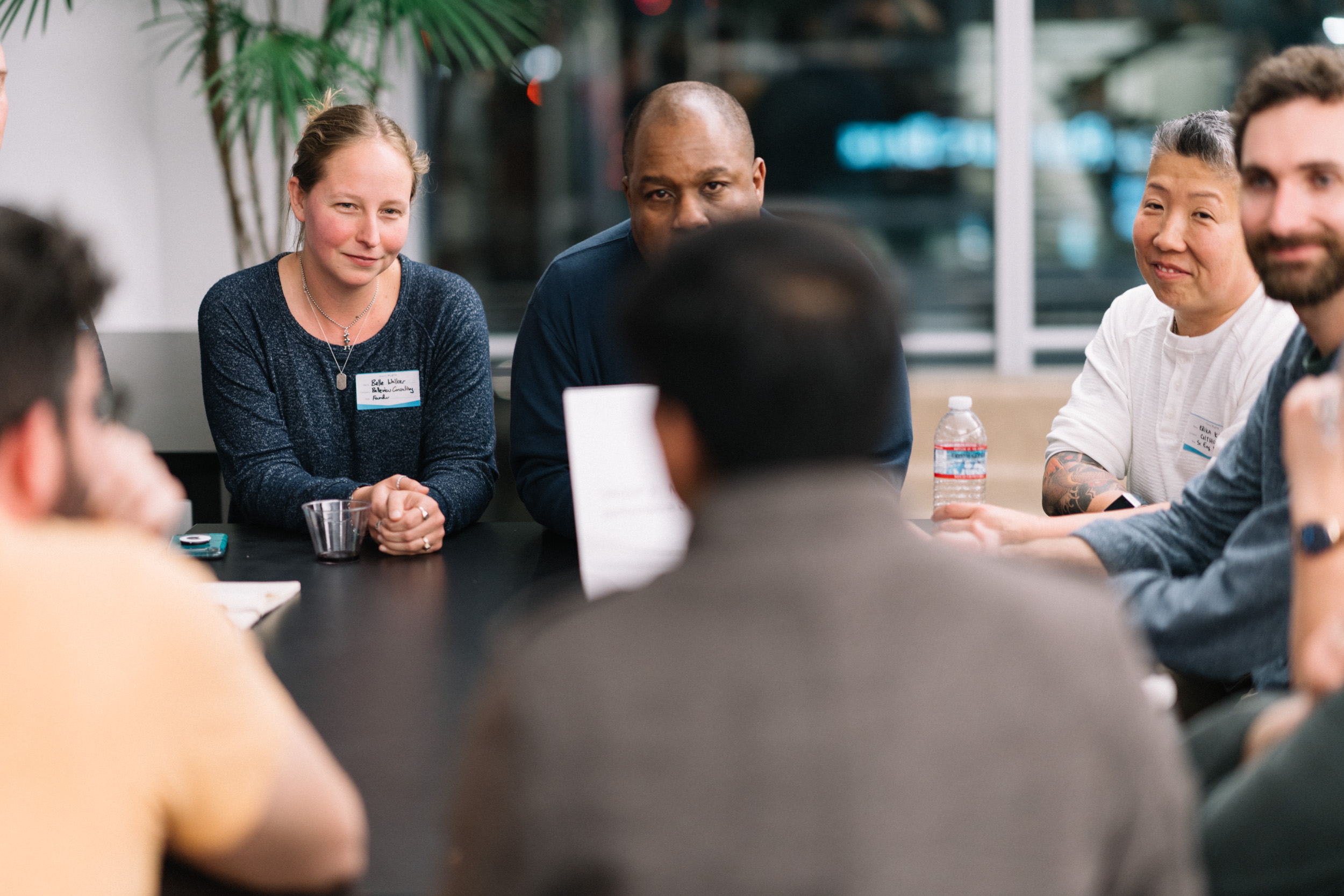 What tools would you suggest using for distributed teams?

Is it important to have some collocated meetings for a fully distributed team, and if so how often?

Abhishek Bambha from Twilio : My team follows a flavor of Agile called Scale Agile. This is where we plan for 3 months and we have found it to be very productive. Also, at the time of planning we fly all the teams to one place so that they can be in one room spending a whole week together architecturing and whiteboarding. We collaborate during the day and in the evenings we socialize and build trust. So right now our cadence is once every three months.

Cos Nicolaescu from Brex : In the past we had all engineers come to San Francisco every quarter to participate in an all-hands. We’ve since stopped doing that because it became too difficult to have so many people fly over to HQ at same time. As of tomorrow, we’re doing our first distributed all-hands which is company-wide but off-site so that everyone is still coming to one single place. Another thing we have done is send a manager and his entire team over to Vancouver for the week and they worked from there with the folks in Canada.

Erika Kato from GitHub : We aim for meeting once every quarter, though my team participates a lot in conferences so we meet at various conferences as well. 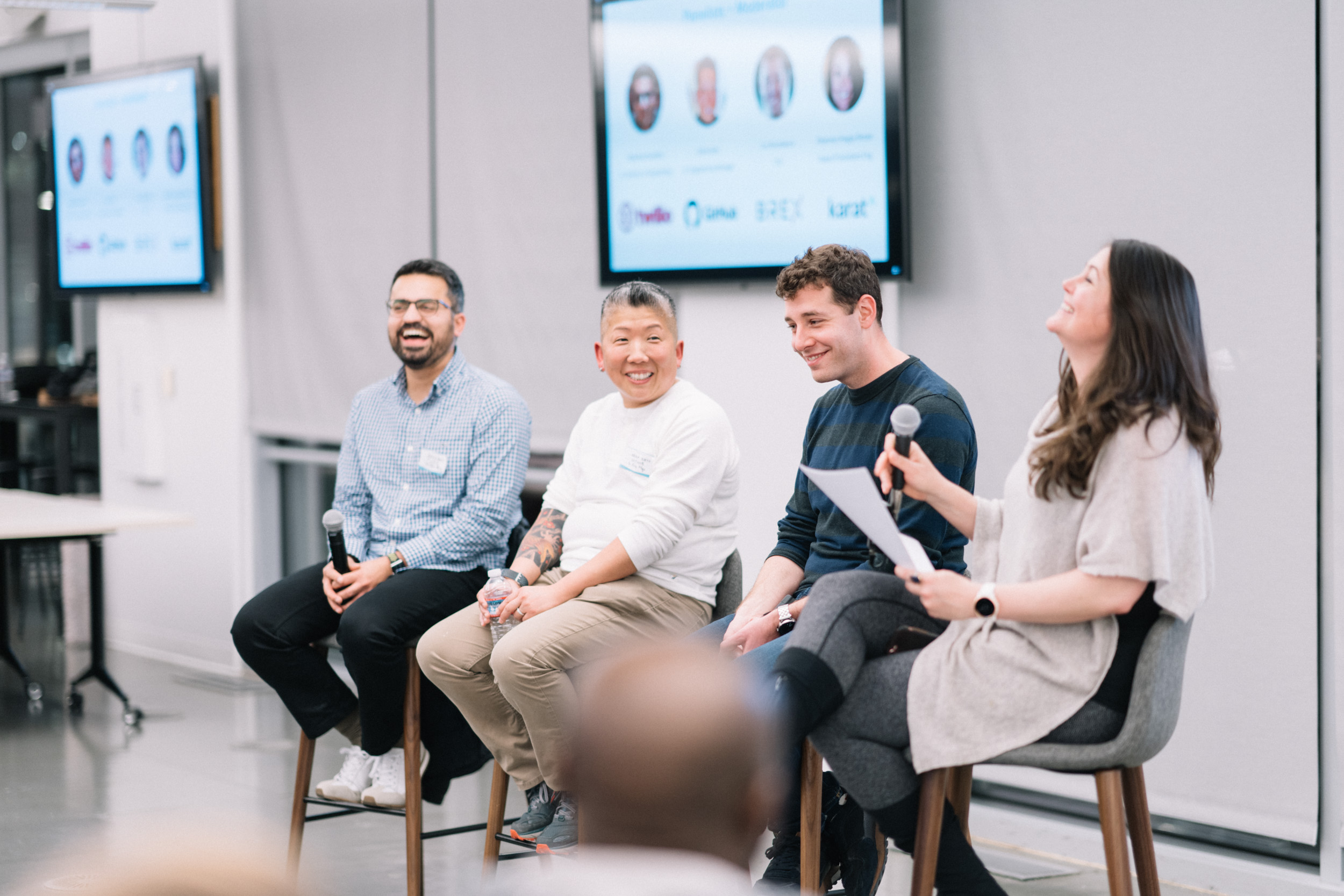 How do you keep remote team members in the loop with spontaneous hallway conversation, aka “water cooler talk”?

Erika Kato from GitHub : We instituted a 20-minute “coffee break” once a week. Over video conference, people can sip their tea or coffee and chit-chat about anything they’d like.
‍

Cos Nicolaescu from Brex : We use a Slack app called Donuts and are trying it out across our distributed teams. Basically you virtually have coffee with someone, in a distributed way.

Abhishek Bambha from Twilio : Hallway conversations are sometimes the place where critical decisions happen so it’s best to have a system in place that captures them. At Twilio, we’ve incorporated a value for all employees that stresses the importance of writing something down. Of course you’re not going to write down all communication that happens at the water cooler, but if something of importance is discussed then I suggest building a culture of calling it out and writing it down.

**How do you extend the feeling of team culture to a new distributed team?**‍

Abhishek Bambha from Twilio : As we are trying to build a team I carry out four steps for setting up and making distributed teams feel like they’re a part of HQ. First, product managers are required to travel and be on the ground in the new location. Second, we hire engineering managers at the new location who can successfully evangelize our mission and our values. People who are excited about what we are rebuilding and can keep the team motivated. Next, distributed office site managers are individuals who we transfer from our San Francisco office to go live and work in the new location. People who have worked in the company for a while, understand our values, and want to migrate to a different office. Lastly, we give every site leader their own budget so that they can engage their team in local activities. We allocate a specific budget for them to interact with their own cultural events.

Do you currently manage or work on a distributed team? Or are you a CTO thinking of building a team abroad? We’d love to hear from you! What challenges have you faced? What do you find to be most rewarding from working with remote and distributed teams? Share your thoughts and experiences with us and head on over to Plato to directly access these and thousands of other mentors! 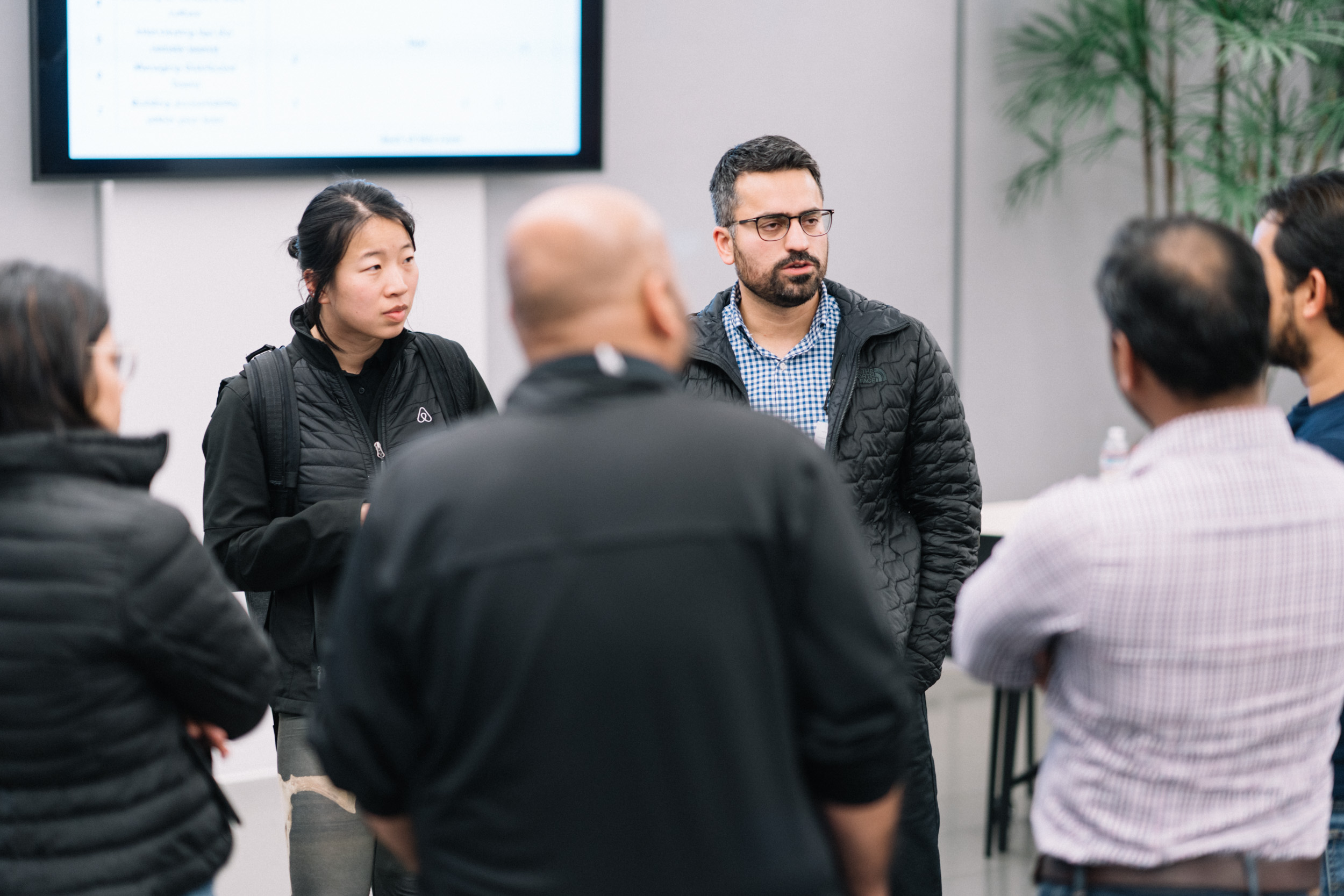