After opening our Elevate conference with Chris Slowe, CTO of Reddit, we welcomed three tech leadership experts on stage for a fireside chat about their respective experiences in tech, and how they succeeded in their organizations.

In about 30 minutes, the three of them managed to share their experiences on different topics, from their rise to the role of CTO to inclusion and diversity or building remote teams. Here are the main highlights:

Becoming a CTO in a hyper-growth environment

When Mo Bhende asked Cathy Polinsky how she became a CTO, she instantly answered that she had no clue the role even existed when she was in high school. Though, the path she took naturally led her to become one.

She started programming as a child: she was only 8 when she wrote her first programs (in Logo!). In elementary school, she regularly used the Apple II they had in the lab and went on studying computer science in college.

After graduation, her main drive was to find interesting and exciting jobs where she could continually learn. After an experience as a UNIX system administrator, she started working as a Software Engineer.

Cathy stressed on the fact the role of CTO has evolved over the last decade, and that the definition depends both on the company you work for and the kind of CTO you want to be. In her framework, there are 3 different types of CTOs:

If we had to take this framework to define Chris Satchell’s role, he would fit in the last kind. His career is as impressive as Cathy’s: he worked as a CTO or Chief Product Officer for Microsoft (Xbox), IGT, Nike, Comcast, and now Zume.

Chris believes the CTO has to understand a company doesn’t deliver code, but value. That way, knowing customers, who they are, their problems, and design a great end-to-end journey. In order to do that, you go across disciplines instead of being deeply technical and lead teams. 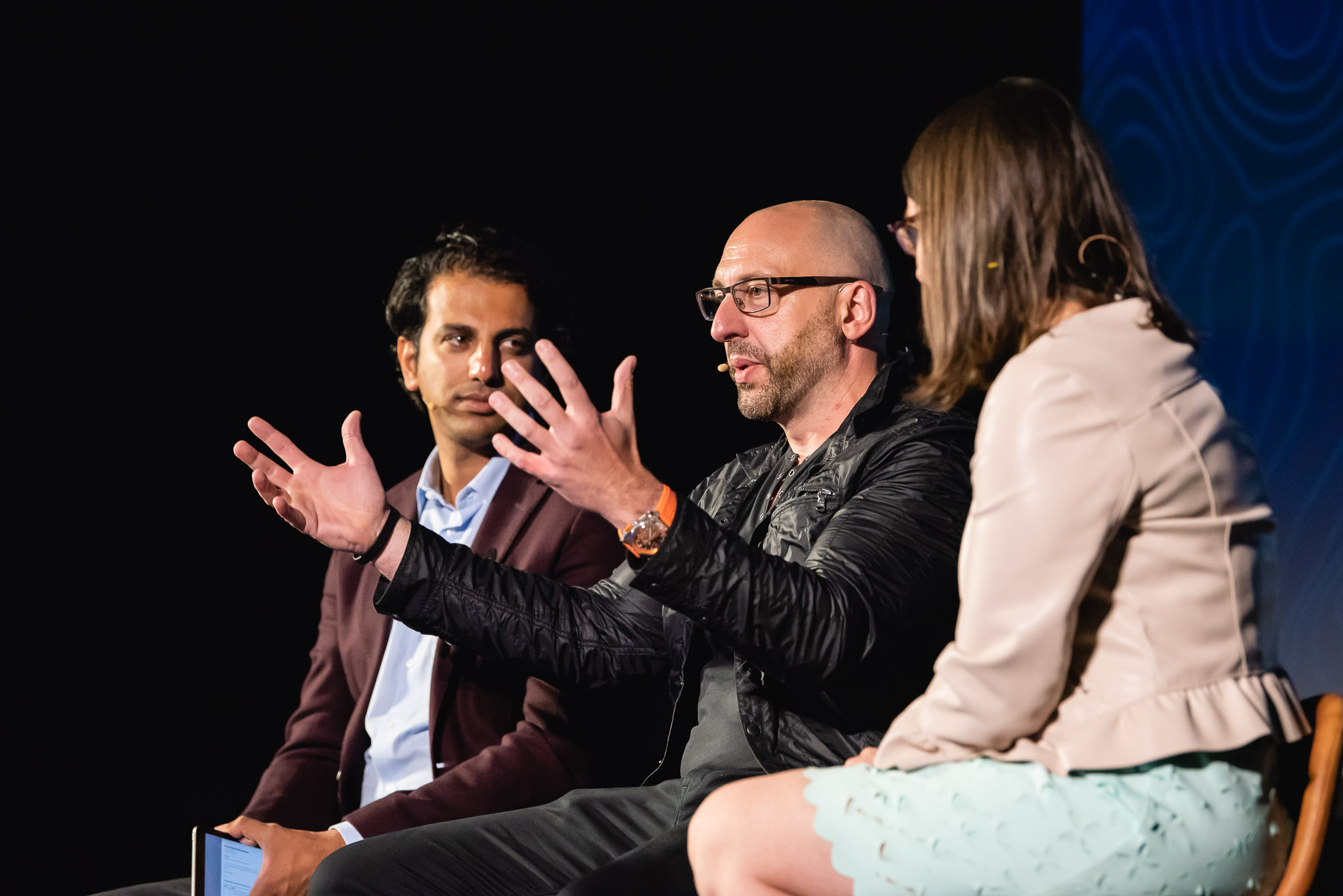 A CTO is about understanding customers

Learning about customers takes a lot of resources: spending time reading about the industry, listening to business partners, talking to customers, understanding what happens today to better shape tomorrow. That way, a CTO can get a sense of which direction the product and tech should take.

In order to have these moments of truth, you cannot delegate and have to do the work yourself, building hypotheses early on and testing them relentlessly.

Cathy Polinsky thinks about the final impact of the products she ships, to ensure it gets adoption. While at Salesforce, she led a team to work on the integration of an acquisition into the main product and after hard work managed to ship to spec on time. 6 months in, there was zero adoption.

Lesson learned: never build a product without knowing the actual impact on customers, how the experience will be for new and existing customers, and with specs that don’t fit their needs.

Chris reminded the audience that no one will give a CTO a prize for exceptional tech if it’s not used. Especially not investors. This is why you have to focus on customers, explore the implications of the architecture you chose, be able to tell stories about tech and make sure you can teach it in a level other C-suites will understand.

Creating these relationships with other executives will enable the tech organization to avoid the pitfall of being treated like a vendor. How many companies believe the tech department is just where the little hands build stuff blindly? It’s essential to resist and be considered as an equal partner.

To do so, Cathy added it’s crucial that people formulate their needs in terms of problems to be solved, not solutions. In her experience, working in collaboration instead of silos makes everyone happier about the results! 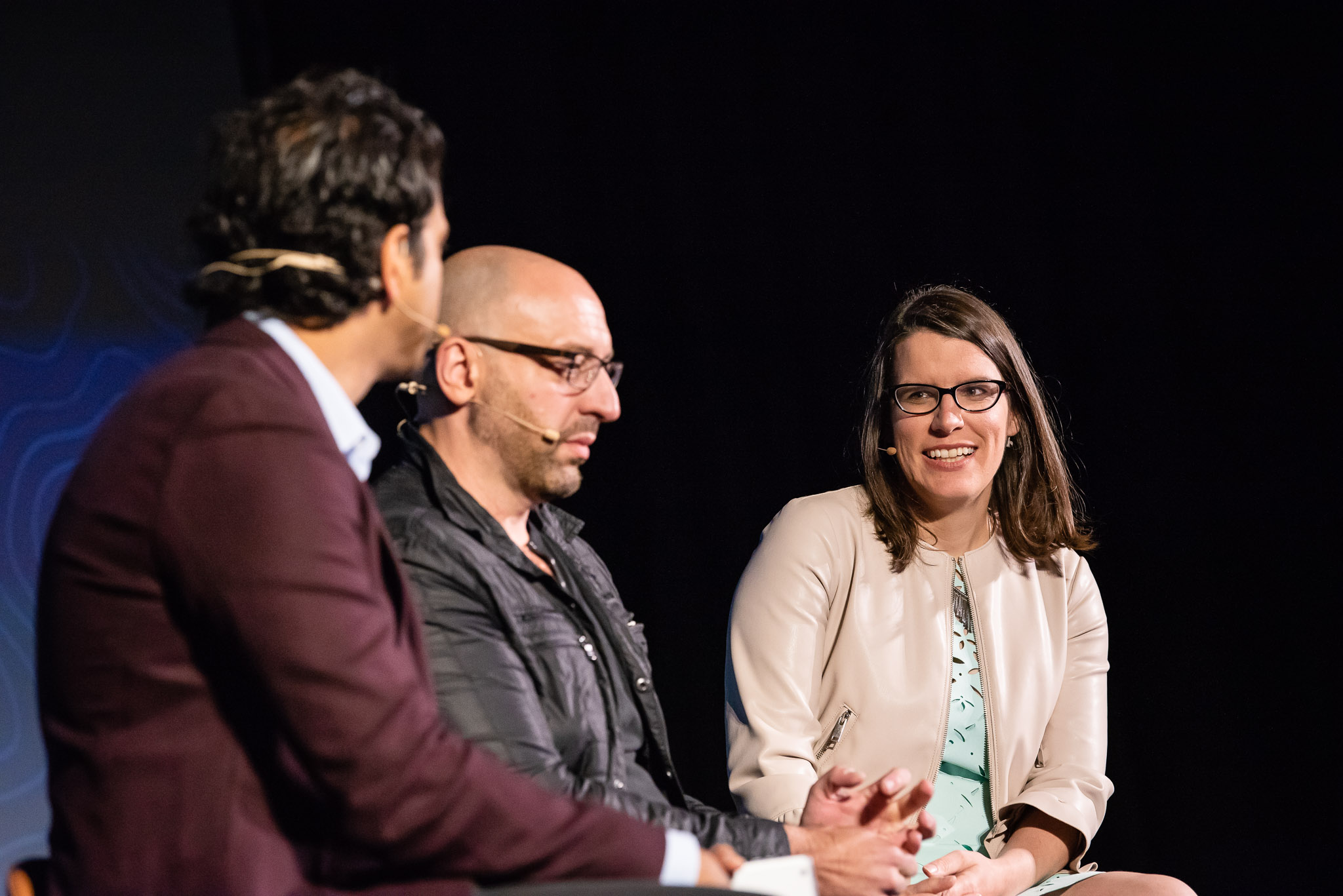 Switching topics, Mo Bhende asked Cathy how she managed to make Stitch Fix more diverse and inclusive. To give you some context: at Stitch Fix, 35% of engineers are women and 40% of new hires are people of color.

Cathy acknowledged they still have a lot of work, but her company is among the best performers in this area. How did Stitch Fix get these results?

First of all, Stitch Fix is one of the unique places with a female CEO, a black COO, and a very diverse board: about 50% of the board and execs are women.

Their product also provides them with a very diverse customer base and a service that wants to help everyone in the world. Both the organization and the product attract candidates from underrepresented populations.

But the secret of Stitch Fix actually lies in one word: intention. Cathy highlighted the fact that being intentional about having a diverse team helped a lot.

Managers care about it, so they usually source earlier for better candidates and partner with programs like Code2040 to bring interns from minorities. Interview packs are also intentional about the qualities expected in an applicant, questions to be asked and who’s on the interview panel.

This is important for Cathy to ensure the interview experience is the same for anyone who wants to work at Stitch Fix.

While the company is intentional about inclusion, it doesn’t mean they want to fill some kinds of quotas. For instance, in her first year at Stitch Fix, Cathy had to double the size of the team. It was ambitious and hard to keep up with, but she did not worry much and focused on values instead.

Creating an environment where inclusion is part of the values, sourcing candidates actively and iterating on the processes made the incoming applicants more diverse.

Values aren’t about culture fit, which would consist of finding people that fit in a predefined box. Cathy prefers to talk about culture add, which is asking yourself how and why a candidate would improve the company and solve problems differently.

She added that being inclusive enables companies to avoid mistakes, citing the famous example of Facebook’s year in review, which wouldn’t have been considered as an edge case if people from diverse backgrounds had been hired. 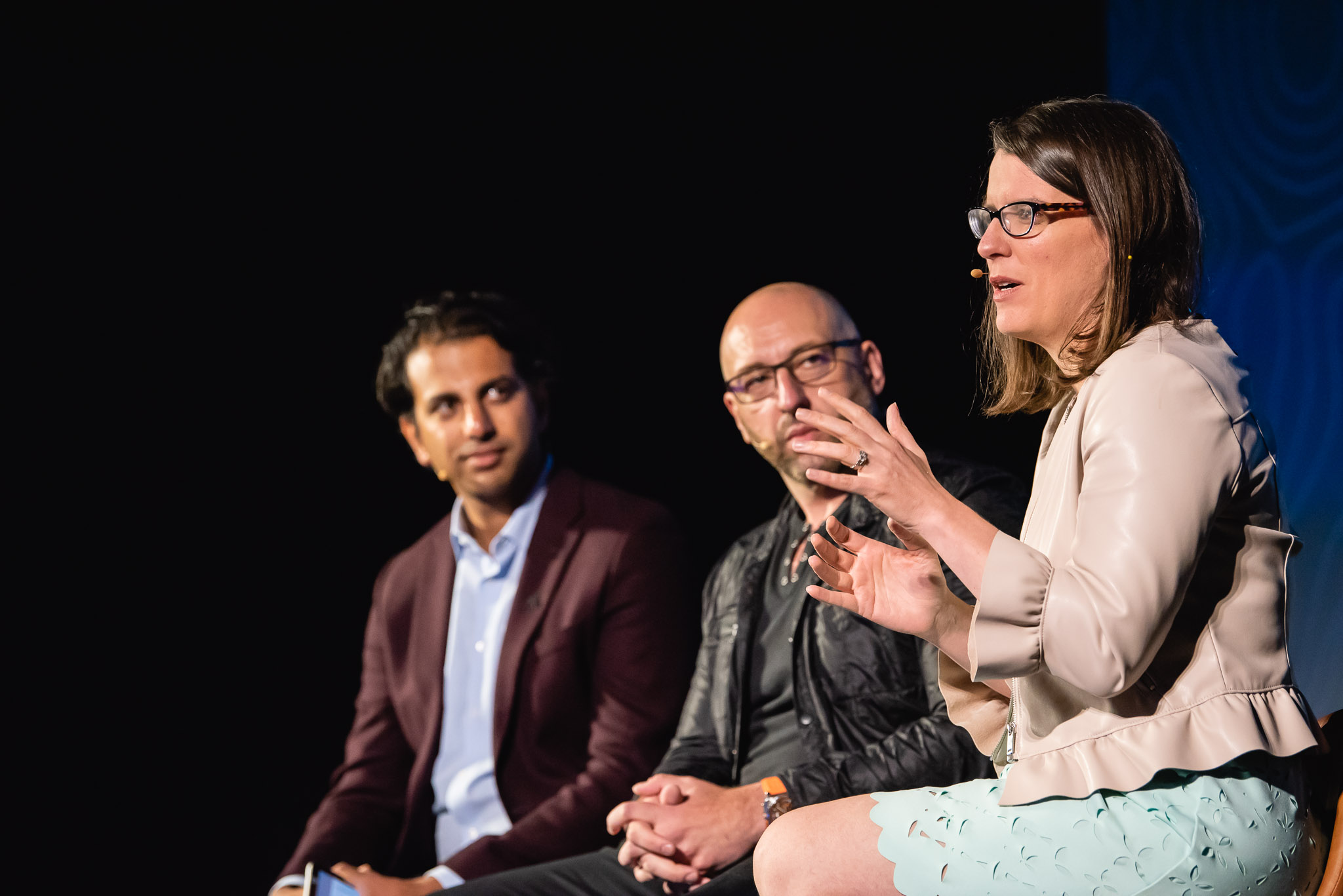 Finally, Mo asked Chris about why, and how, he grew his tech team from 25 to 250 engineers while building remote sites in Boston, Seattle, and SF.

When Chris Satchell started working at Zume, there was only an office in San Francisco, which made it a challenge to 10x the employees in a very competitive environment. Also, some applicants with a great fit figured out it was too long for them to commute to the SF office.

The only solution to keep up with that challenge was to be exposed to multiple areas with engineers. Chris believes really good people do not have to move, and that it was better to prepare the company to work in a distributed environment.

Setting foot in these cities brought a lot more challenges to Zume, like being fully committed to digital. Using JIRA, Slack and Confluence or Zoom (the other one!) helped a lot but doesn’t solve all problems.

Chris acknowledged managers need to travel and get face to face sometimes to ensure they have a closer relationship with remote workers and don’t let tensions grow because of distance. It is also crucial to be aligned in terms of culture, keeping in mind each remote office will own some areas and that the culture will slightly vary from one place to another.

As for Stitch Fix, we can consider it as a distributed team: 40% of the team is in SF, while the rest works remote, in three different timezones and almost every single state in the US. The rationale is similar: it’s much easier to hire outside San Francisco.

Cathy’s challenges are about the same: making sure everyone is aligned, has the right tools, and feels included.

To ensure each employee feels part of the team, she set up two summits each year with the whole tech department, bringing everyone together. Off quarters, people can do whatever they want and start bonding with other members, so that when they’re back home, they will have people to reach out to in case they need help.

Thanks a lot to Mo Bhende for leading the panel, and to Cathy Polinsky and Chris Satchell for sharing their experiences as CTOs.