Brian Zotter is the VP of Product Engineering at Medium. He came on stage at our Plato Elevate conference for a 15-minute talk about high-performing engineering teams.

Instead of introducing himself with his main career achievements, he described himself as someone who has been failing for 20 years. One example of his biggest failures is dropping a table with 100M rows of financial transactions, very early in his career. He recovered 99.9% of the data from a tape backup that was corrupted!

His mantra is that we get more from failures than through success. During the 20 years of his tech career, he learned a lot!

Let’s dissect the definition a bit to understand it better:

Talking about output, Brian reminded us of Andy Grove’s excellent book, High Output Management. The main insight he got is that a manager’s performance is the output of his team. At Medium, the notion is built into their growth framework and Engineering Managers are accountable for the output of their teams.

The question is, how do you get a high performing team?

Brian’s framework is made of 3 major points:

A major learning during Brian’s career is that if you love and care for your team, the rest is way easier. There's a good chance you started as an individual contributor before becoming a manager. That gives you the ability to show empathy and understand what your teammates look for.

A quote that has been debunked in the past says that “80% of success is determined by EQ (Emotional Quotient)”. While the figure may be wrong, Brian stressed on the fact emotional intelligence is crucial to a team’s success.

Earlier in his career, there was an engineer from his team that called a meeting with him and resigned. Brian then expressed his gratitude and how that particular engineer had been an excellent element during his years at the company. When Brian told him, the engineer just said: “I didn’t think you liked me”. Ouch.

Another failure, another lesson for Brian: it’s super important to give recognition to teammates, and remember to tell them how much you appreciate working with them from time to time.

Sometimes, loving people also means letting them go, or switching teams or roles. It will help both the company and the employee thrive.

Another book that inspired Brian is Principles: life and work, by Ray Dalio. In his #1 New York Times Bestseller, Ray shares principles that he developed, refined and used during his career, helping him achieve his goals in both life and business.

Principles are a rule set for how you do things, sorts of operating rules. You have to **think **about them, **write **them down, and **share **them so that people know how you’re going to operate. Having these principles helps people **collaborate **in a better way, know what to expect from their relationship with their managers, and enables the manager not to diverge from his values to focus on what’s important.

Brian shared with us a set of example principles he has at Medium:

Engineering leaders are used to talking about processes, trying to find the framework that will maximize productivity in their organization: agile, sprints, etc. Brian thinks there is no perfect process, and each of them should be custom and adapted to the team or company you work with. Instead, he advises to start thinking about principles, and depending on the situation a process will come out of these principles. 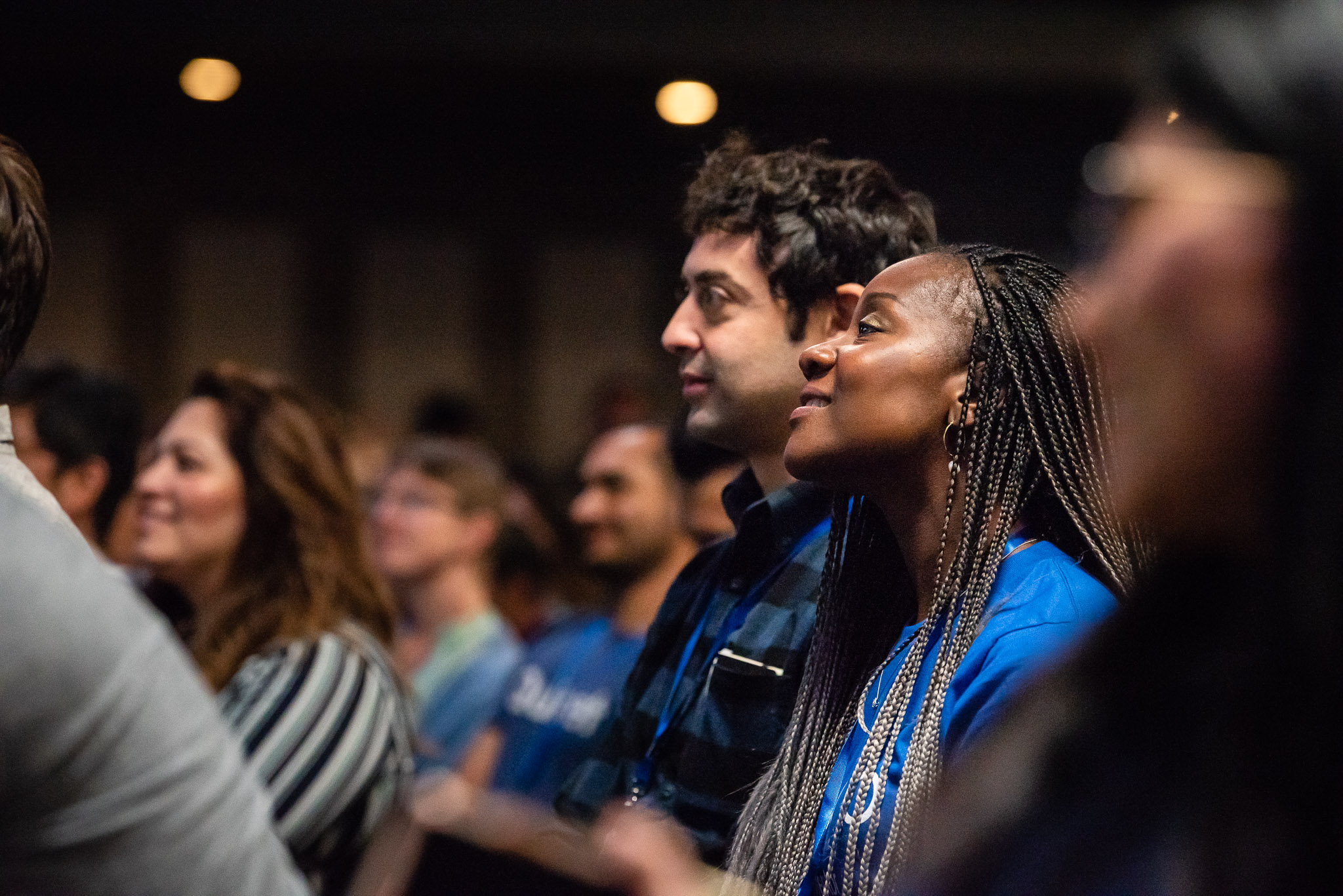 Brian reminded the audience that the job of an engineering leader is to hire, retain, **inspire **and **motivate **engineers. Before working at Medium, he founded a company offering content recommendations for ads on people’s websites. An interesting idea… he wasn’t passionate about. So when he ran out of cash and started thinking about the future, he had some purchase offers by big enterprises who wanted to use tech to put better ads in front of people. That did not sit well with him and the more he collected data about people, the less he felt it was in line with his values.

At the same time, he met Evan Williams whose vision was the opposite: create a content platform where anyone can have a voice, not driven by sponsored content but a subscription model instead. He figured out this is what he wanted to do with his life and joined.

This reminded him of Steve Jobs trying to get John Sculley from Pepsi to join him at Apple: “do you want to sell sugar water for the rest of your life, or change the world with me?”

Thanks to Brian Zotter for his time and his interesting insights!