During our Plato Elevate conference, we hosted a panel on how to build alignment between engineering and product. Tom Willerer, ex-CPO at Coursera, moderated the talk and joining him were:

To demonstrate how common it is to see misalignment between product and engineering, Tom asked the audience (500 people!) to raise their hands if they had seen alignment in their organizations. Only 2 people raised their hands. That’s a modest 0.4%, and a real issue to solve. How?

To Clara Liang, roles start to get murky for two major reasons: either everyone thinks they’re responsible for something, or no one does.

When digging a bit deeper, she figured out misalignment between product and engineering generally comes down to a few things:

This is why it becomes essential for leaders to clearly define the role of Product Managers and engineers within an organization. 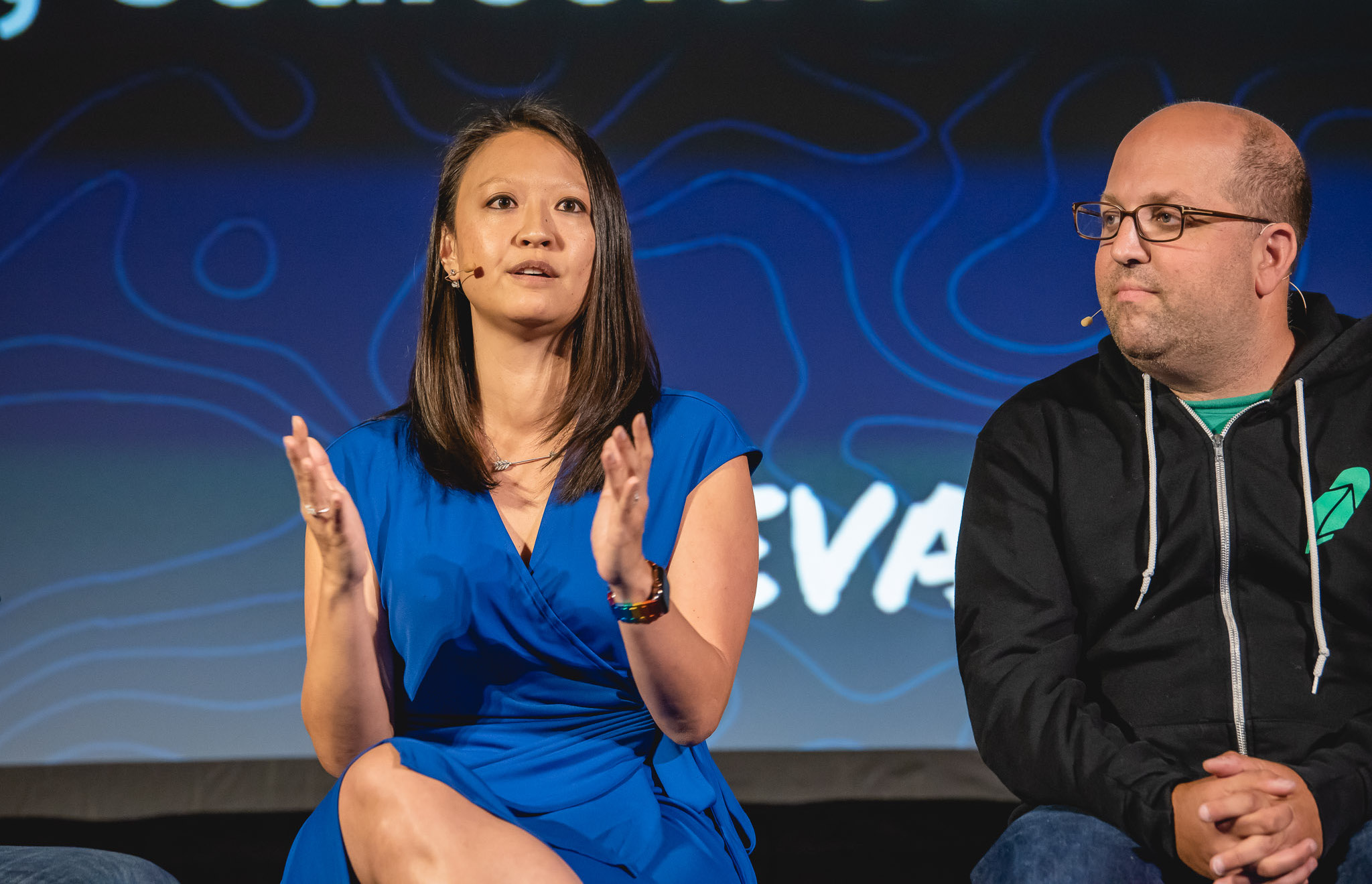 Role of Engineers and Product Managers

Every PM role is different depending on the company, but if it had to be summed up, Product Managers are here to help a team create great products end-users love and to make sure everyone is aware of the process. They are responsible for transforming customer needs and pains into customer value: features or products.

As for engineers, Madhura Dudhgaonkar defines their role as shipping value that product management wants you to ship, in the most effective manner, with the fastest time-to-market. This does not mean that PMs are the only ones to decide what to build and that engineers should execute blindly though.

So, how do you know what to build next, and make sure everyone is aligned on the next move? 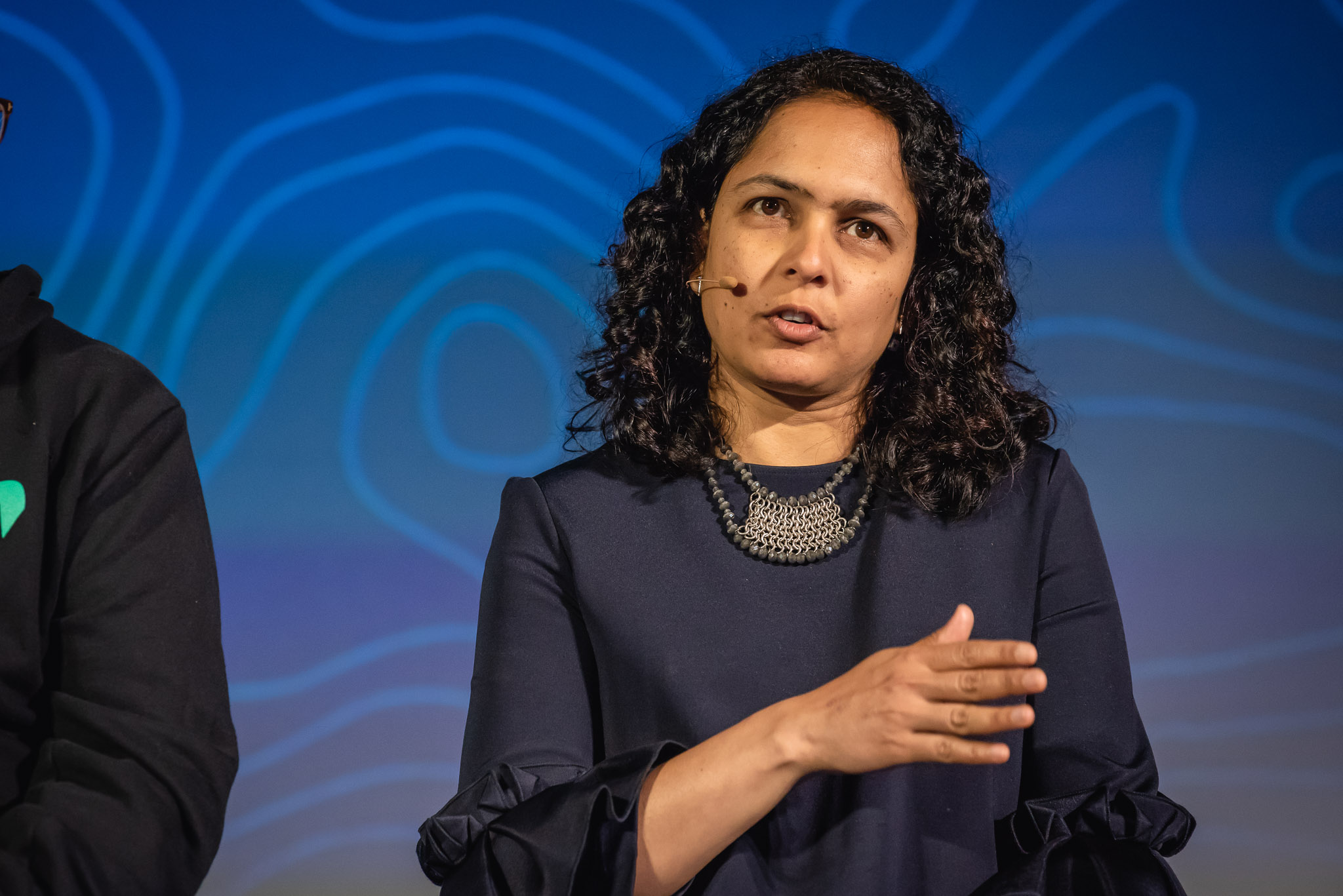 What to Build Next

Clara Liang stressed on the importance of having a North Star, and a vision over a 2–3 years horizon. To chart that North Star, you need to imagine a world that is different, and better than right now. As a leader, you can then let teams be flexible about how they want to attain this goal and take short, mid- and long-term bets, as long as they bring you closer to that north star.

In order to help everyone stay on the same page, Madhura added that people need to define very clearly what success will look like once you arrive at your destination.

As long as everyone has the north star in mind, whether the ideas come from the product team or not isn’t important anymore. Josh Elman reminded us that great ideas can come from anywhere, be it, customers, engineers or PMs, but prioritization is key. The focus needs to be put on customers (needs, pains) and company mission, to have that backlog of actions that will move the business the most forward.

Besides their technical know-how, engineers should have an active role in defining the roadmap: they cannot stay on sidelines and build without bringing their contribution. They are the only ones who can help PMs think beyond what they think is possible and bring technology that will play an active role in shaping delightful products. It is crucial that they show how using a specific tech will facilitate the company getting to its north star.

Madhura quoted Clayton Christensen and his Innovator’s dilemma, reminding us that companies need to step back to really know what to build next. As companies get larger, product roadmaps are more focused on incremental innovation. There is an invisible box within which managers ask people to think, and it constrains innovation.

To avoid such an issue, that could be fatal to the company, Madhura created a separate team which doesn’t have any specific project charter. That (small) team is made of strong engineers and product managers. It has no specific guidance, though people are aware of the overall context. That way, people are allowed to go outside of that invisible box, cross boundaries and start experimenting with new things. Great products came out of this set-up at Workday! 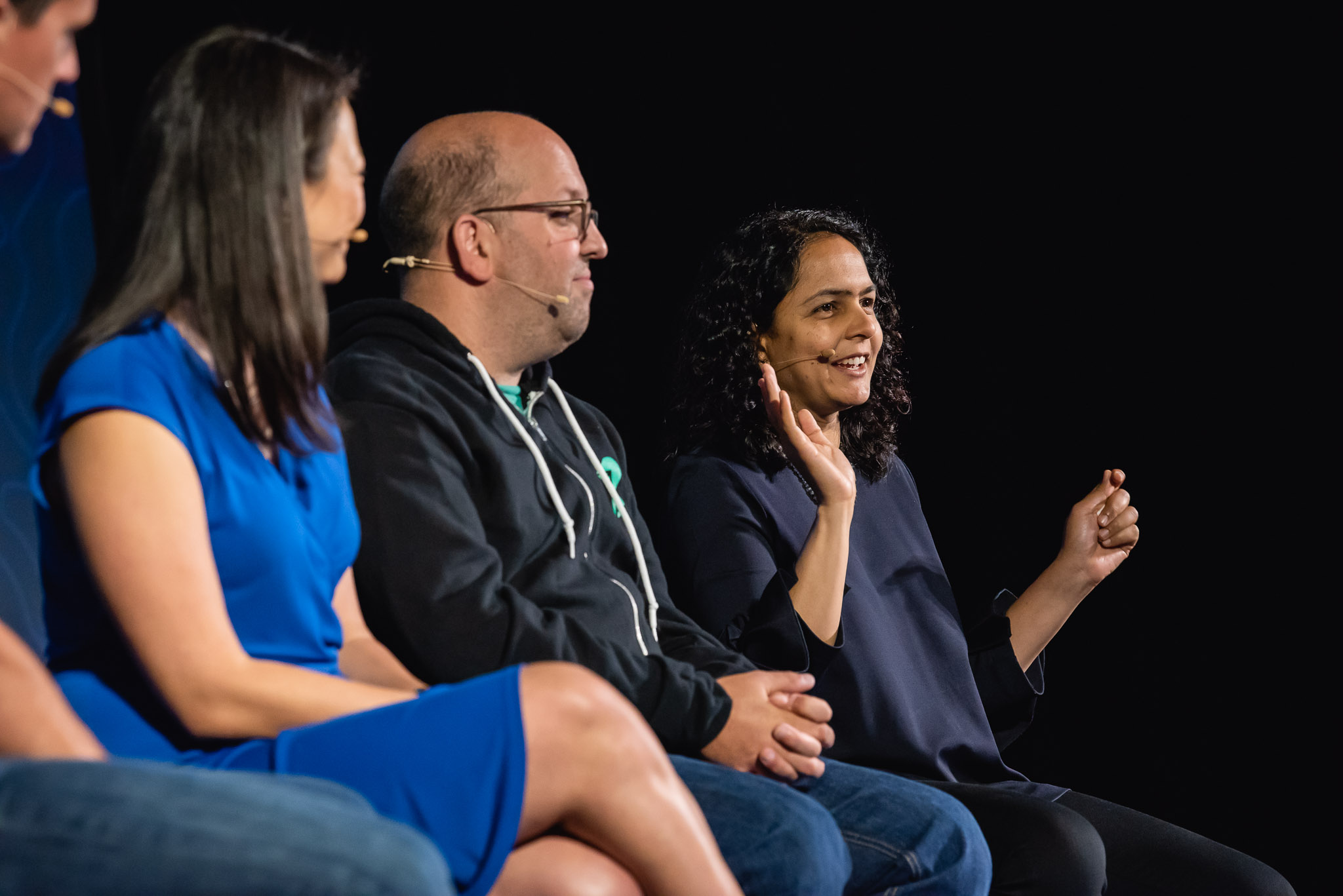 Making Sure Teams are Aligned

Communication and collaboration are key to keep teams aligned. When creating or updating the roadmap, Josh brings everyone in the same room for creative thinking or research sessions. All the ideas are written on a whiteboard and people can vote for the ones they think matter most.

Josh believes that when a bunch of smart people who care about the company and its mission meet, the right decisions will be taken. Clara Liang agrees with this vision: debates can come from everywhere as long as people have the north star in mind. These conversations need to happen because they help new ideas flourish, but also because being open with each other sheds light on potential problems and misunderstandings.

Madhura believes in U-shaped planning cycles: ideas are sourced bottom-up and climb across every level where managers add context and make tradeoffs. The ideas are then refined and sent back to the organization. This way, everyone gets a chance to participate while the final product or features are in line with the company’s mission or north star.

To make sure teams are aligned, Tom Willerer explained they have a framework of owners and stakeholders at Coursera. As the team started to scale, each and every stakeholder in a project thought they were the owners. When they started using that framework, they appointed one person to be the owner of a project, and everyone else was a stakeholder.

To sum up, in order to build alignment within an organization, the magic recipe is: 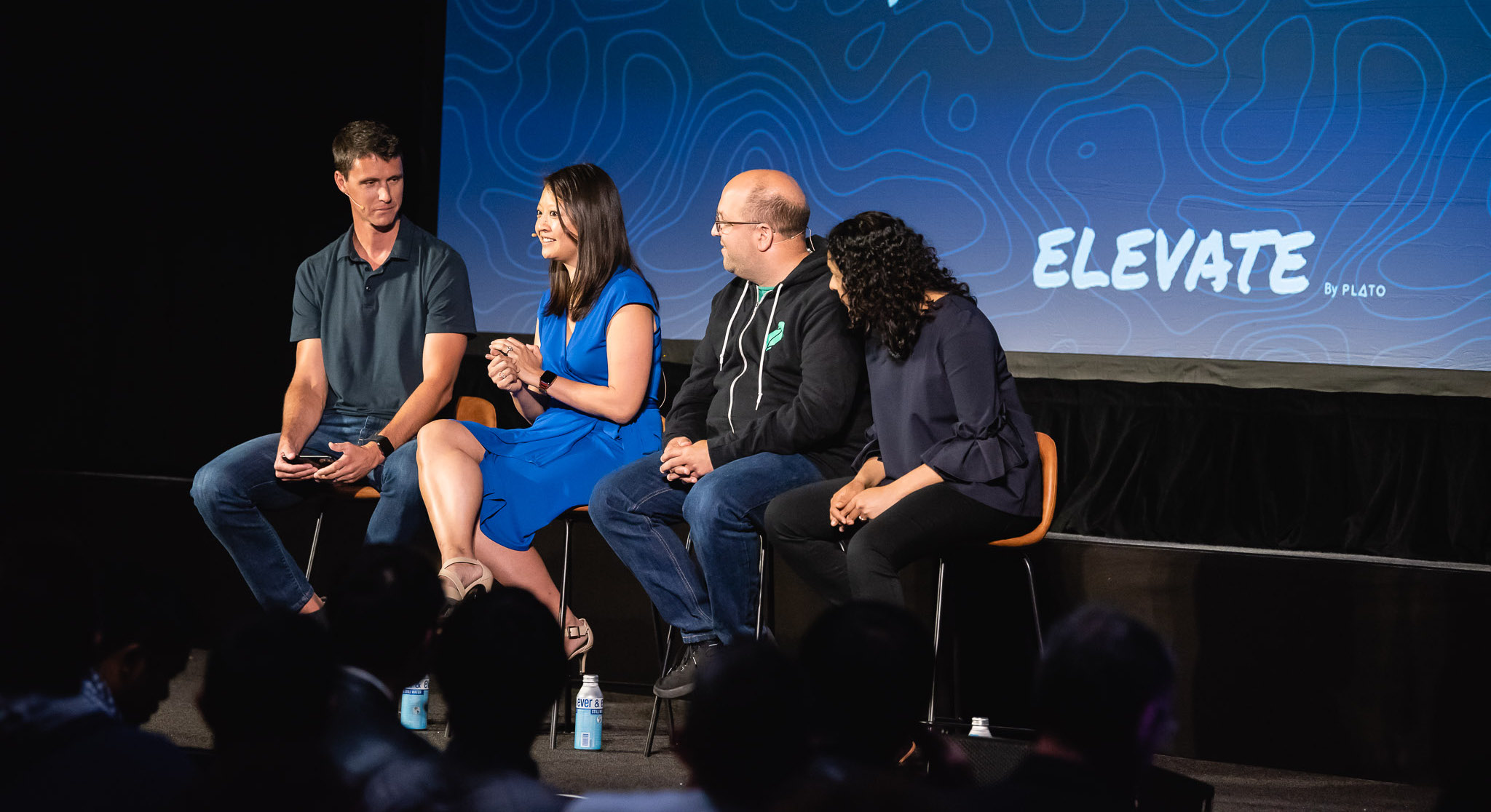 After speaking about alignment, Tom Willerer played a quick game with the panel: defining if some items were underrated or overrated. 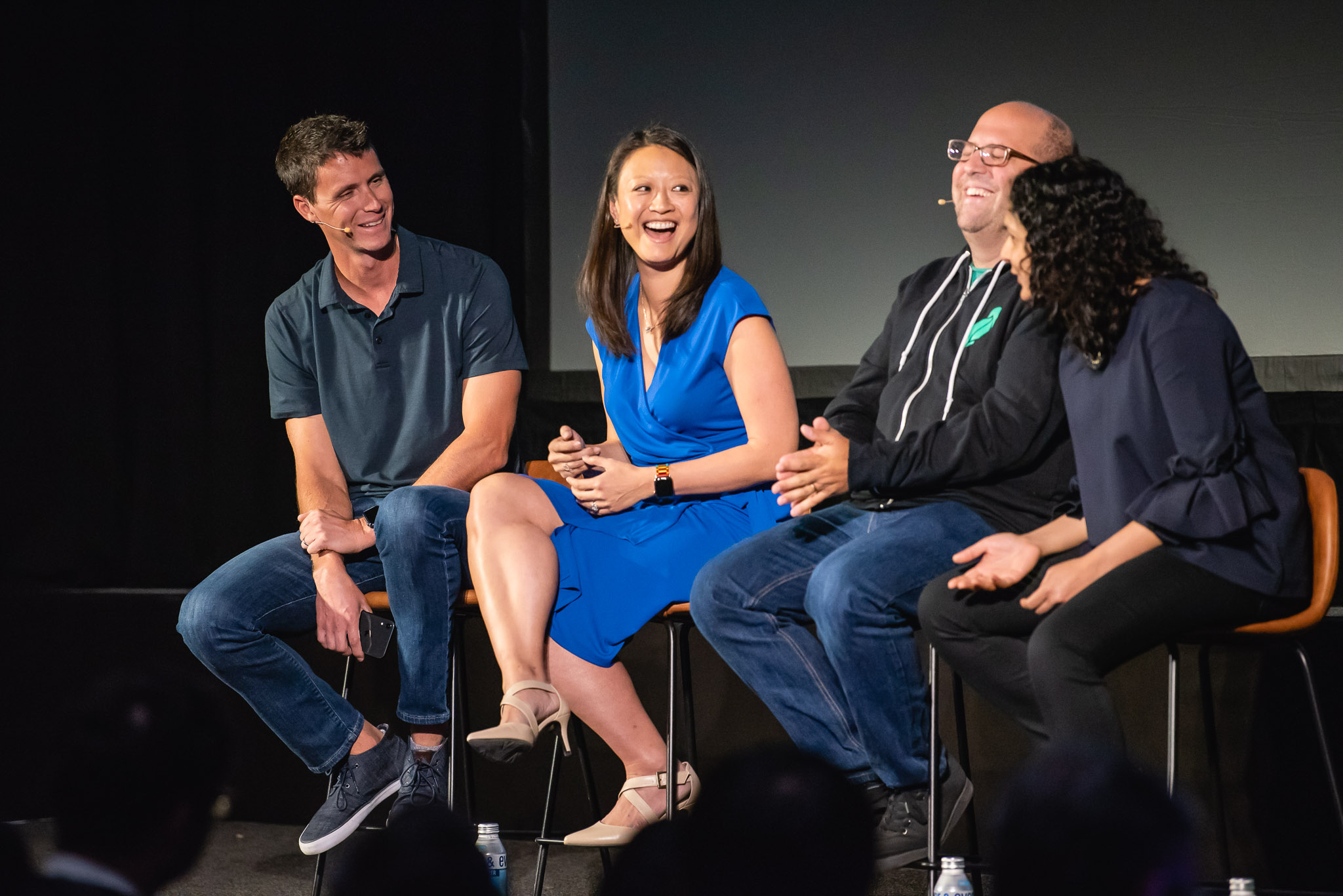 There’s that one question the team at Plato wants every speaker to answer: what is the best piece of career or life advice you ever got?